Home > Culture > Writing > Articles > I have published my first article for the Milwaukee Examiner: ‘Do we have options in the science vs religion debate?’ 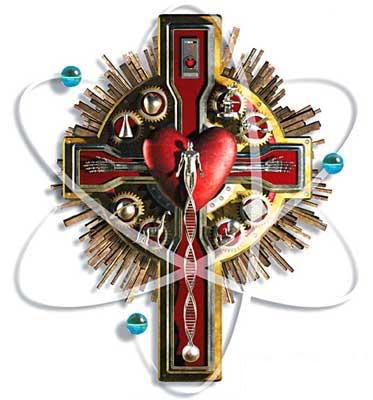 If a single entity created the stars, planets, time, space, and life itself then science is the very study of that wonderful and potentially divine creation. Scientists of all sorts have the job of trying to understand the very things that the hand of the creator has created – from geologists, biologists, and psychologists to geneticists and quantum physicists. For some their scientific study and exploration can be an awe inspiring and faith affirming exercise. For others it can be a source and angst and internal conflict.

If science is the study of all that has been divinely created then why is it all too often at odds with religion? Throughout history scientists and visionaries such a s Copernicus and Galileo were afraid to speak their ‘heretical’ idea of (heliocentrism vs the predominant and church accepted geocentrism) or were even demanded to recant their views under threat of being burned at the stake. Even today’s modern evolutionary and geological scientist are under a similar, though less harmful, assault by a religious front.

Take evolution vs creation as a specific example of a modern science vs religion battleground. Evolutionary sciences has modern humanity (homo sapiens) as being approximately 40 thousand years old and the earth at several billion years old, while the counter religious movements have both at less than 10 thousand years. This is quite the significant disparity in age between the two views, and, in this enlightened age there is still much bitterness and vehemence in arguments against each other.

For me, such bridge theories such as evolutionary creationism and biblical to geological correlations via Day-Age Creationism help to make sense of things and to bring science and religion together in a non-aggressive and logical manner.

1 thought on “I have published my first article for the Milwaukee Examiner: ‘Do we have options in the science vs religion debate?’”